Molly Hatchet firmly cemented their place in music history alongside other iconic Southern Rock bands out of Jacksonville, Florida such as Lynyrd Skynyrd and the Allman Brothers in the late ‘70’s playing a mixture of English invasion rock, blues, country, gospel. All with a Southern hard rock style!

The hardest hitting of the Southern bands at the time when, in 1978, Epic released Molly Hatchet’s self-titled debut album which reached multi-platinum status. The band established their reputation of working hard, playing tough and living fast through intense touring. During this time, they were on the road with Aerosmith, Bob Seger, The Rolling Stones and many more.

In 1979, “Flirtin’ with Disaster: was released and skyrocketed the band into the stratosphere. Touring an average of 250 shows per year kept them busy. “Flirtin with Disaster,’ also achieved multi-platinum status. Then lead singer, Danny Joe Brown took a break from the road and contacted Bobby Ingram. A longtime friend from their first band they formed called, “Rum Creek” also based in Jacksonville, Florida. During that time Brown and Ingram together with John Galvin on keyboards formed the “Danny Joe Brown Band” releasing a worldwide studio album produced by the legendary Glyn Johns (Rolling Stones, The Who, Eagles), in 1981 on Epic Records.

In January of 1987, Bobby Ingram joined the band as lead guitar and songwriter. The band continued to tour over 200 dates a year. In 1989 they recorded ‘Lightning Strikes Twice,’ on Capitol Records. The Greatest Hits album was released in 1991 and certified gold.

In 1996, Devil’s Canyon, the first studio album in 6 years was recorded in Hamburg, Germany on SPV / CBH Records with producers Kalle Trapp and Bobby Ingram the album was voted the number one rock record in Europe for 1996. Founding member Dave Hlubek rejoined the band in 2005 after a 20-year departure who recently died in 2017 from health complications.

His legacy lives on as they continue their worldwide touring and performing classic hits such as “Flirtin’ with Disaster, “Devil’s Canyon,” “Gator Country,” “Whiskey Man,” and “Dreams I’ll Never See.”

Molly Hatchet is celebrating its 40th Anniversary with a World Tour. They are getting ready to make a big announcement regarding a new record deal and more. After 40 years, Molly Hatchet is still workin’ hard, playin’ tough, livin’ fast, and still Flirtin’ with Disaster!!! 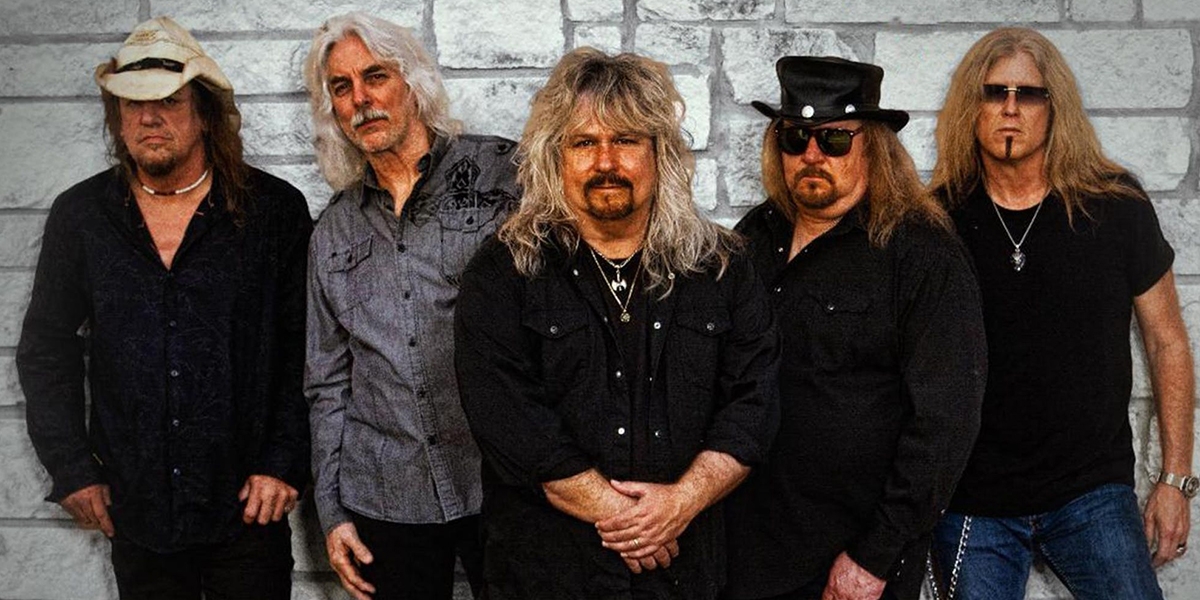